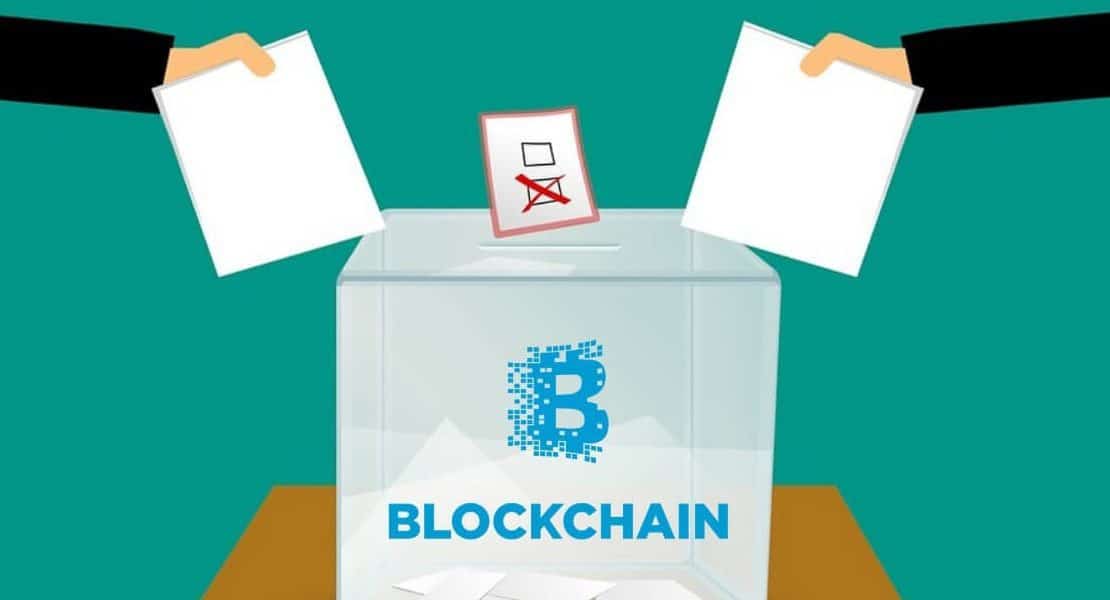 If you’re curious about Quadratic Voting and how QV may be useful for Ethereum developers, you’ve come to the right place. To learn blockchain development and be certified I recommend visiting Ivan on Tech Academy.

On my first piece I’ve discussed how Ethereum 2.0 will look like. On the second I’ve looked into the best tools for Ethereum developers.

Today I’ll discuss another key aspect for Ethereum developers: how to maximize the utility of users? In essence, how could we create systems that allow for preferences to be shared when users are making a choice?

An intro to Quadratic Voting

Earlier this year, a paper was released that was co-written by Ethereum co-founder Vitalik Buterin in association with members of Harvard University and Microsoft Research. The paper argues the case for the development of better models for the funding of public goods.

The solution proposed by the authors is based on a concept I would like to discuss further in this guide, called quadratic voting (QV).

The idea behind QV, beautifully explained by Glen Weyl and Eric Posner in the recently released book Radical Markets, is to allow voters to express their preferences over multiple options in order to maximize utility. With quadratic voting, anyone is capable of adding an additional vote at the cost of n².

In simple terms, each additional vote will increase its cost to the power of two. If you cast three votes, it would cost you nine tokens (3² = 9).

Vitalik also discusses the book, as well as the concept of auction-based voting and QV, in this long and thorough blog post. As the co-founder of Ethereum so eloquently puts it:

“The book is split into five major sections, each arguing for a particular reform: self-assessed property taxes, quadratic voting, a new kind of immigration program, breaking up big financial conglomerates that currently make banks and other industries act like monopolies even if they appear at first glance to be competitive, and markets for selling personal data.”

So let’s take a look at auction-based voting and how QV systems work. 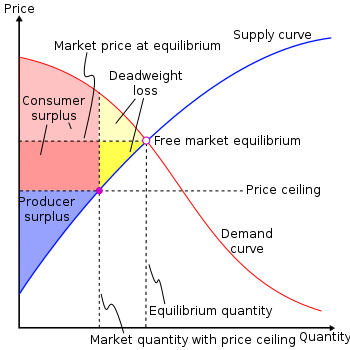 Auction-based voting assumes voters are unable to efficiently express their preferences with ‘one person, one vote’ (OPOV) systems.

As such, auction-based voting assumes a cost to casting a vote, as well as a reward.

The image above depicts how inefficient markets with a price ceiling usually work. So what would happen if such targets were abolished?

By assigning a cost and reward, auction-based voting gives voters a chance to express preferences. If there’s a cost that exponentially increases as each additional vote is cast, voters could adapt behaviour according to their preferences.

1.
Been reading “radical markets”, a brilliant book by @glenweyl and Eric Posner, which is an eye-opener to better voting mechanisms.

As explained above, the concept of quadratic voting is to allow voters to express their preferences over multiple options.

Instead of the usual OPOV method, QV sets a maximum number of points (or tokens) per voter, allowing each individual to assign more than one vote to a single option. The cost increases as more votes are cast – a sort of difficulty adjustment for voting.

The cost is proportional to the number of votes to the power of two.

To explain the concept, let’s use an example. Imagine there are 10 parties in an election, and instead of being able to cast a single vote, you have 10 points (or tokens) to spend.

Looking at the ballot card, there are two options you quite like, and a third one you think is OK.

Now, let’s say you go with your preferences and will distribute the number of votes accordingly.

In this case, you would have two major options:

Whatever option you chose, the idea is that you are able to express your preferences as the cost of n².