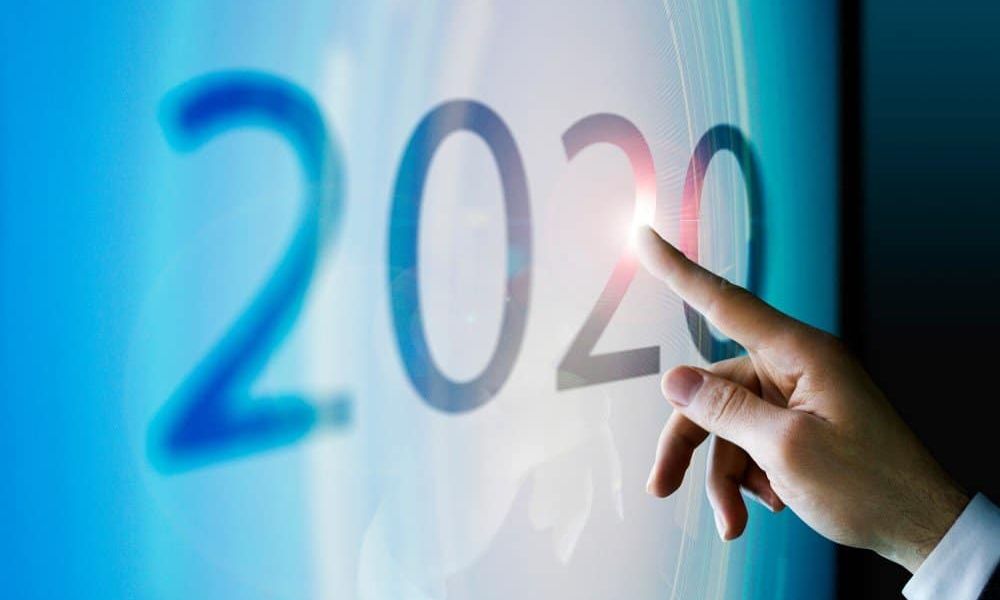 As 2019 draws to a close, it is closing the book on a decade that has held tremendous growth for the crypto and blockchain community. However, it is also a convenient time for looking ahead. The next year will not only hold technological improvements, new announcements and partnerships, increasing adoption and – of course – more crypto drama.

Andreas Antonopoulos is one of the most well-known and respected profiles within the cryptocurrency and blockchain fields. Moreover, Antonopoulos has written several books on the areas, making it easier for the general public to educate itself on blockchain and crypto.

Antonopoulos is also quite active on Twitter, where his tweets generally have an impact on the wider cryptocurrency community. He has also got a YouTube channel with a substantial following, and runs the popular ”Let’s Talk Bitcoin” podcast program.

Consequently, it is evident that Antonopoulos seeks to reach out to both die-hard cryptocurrency supporters as well as more casual observers. This is vital in order to keep the crypto community thriving, as well as to attract greater general adoption. Seeing as Antonopoulos shows no sign of slowing down, he will likely be a top name to follow in 2020.

Ivan on Tech has quickly grown to become one of the top names within the cryptocurrency and blockchain community. Ivan on Tech is perhaps best known for his hit YouTube channel ”Ivan on Tech”, where he posts informative videos about all things related to blockchain technology and cryptocurrencies.

Moreover, he also runs the successful Ivan on Tech Academy, which is an online educational suite for crypto and blockchain. In addition to this, he is also an international speaker, software developer, data scientist, general blockchain educator and has a substantial Twitter following.

General adoption of cryptocurrencies and blockchain technology hinges on greater public understanding. As such, Ivan on Tech’s informative videos and various other sources of content is vital for educating people about the crypto and blockchain space.

Furthermore, this just scratches the surface of why anyone interested in the cryptocurrencies or blockchain technology should want to keep an eye on Ivan on Tech in 2020.

Vitalik Buterin is the co-founder of Ethereum, and one of the top names when it comes to crypto and blockchain technology. Buterin as an avid user of social media, and has won a number of different awards in recognition for his crypto-related achievements.

However, Buterin is not only the co-founder of Ethereum (the world’s most popular smart contracts platform which allows developers to build decentralized applications). He is also the co-founder of the crypto news outlet Bitcoin Magazine.

Additionally, Buterin usually comments on the latest developments in the crypto sector as a whole. Due to this, he is one of the essential crypto influencers to follow in 2020.

Charles Hoskinson is currently the founder and CEO of IOHK. However, Hoskinson dabbles in a lot of different fields – all of which relate to crypto. For example, Hoskinson is the co-founder of Cardano.

Furthermore, he was previously also the CEO of Ethereum, as well as one of the co-founders of Ethereum. Hoskinson has an active Twitter account, on which he shares relevant information quite frequently.

With this in mind, Hoskinson is definitely someone to watch in 2020 – and in the upcoming decade. There’s no telling what he will do next, or what his different companies will continue to accomplish.

Sometimes affectionally called ”Bitcoin Jesus”, Roger Ver was long one of Bitcoin’s most famous proponents. Moreover, Ver is one of the co-founders of the Bitcoin Foundation. Ver was an early investor in Bitcoin, but is now promoting Bitcoin Cash.

In addition to this, Ver has invested in various cryptocurrency ventures, for example Ripple (XRP). This means that Ver has a fairly broad view of the cryptocurrency industry, despite being a dedicated supporter for Bitcoin Cash.

Ver was also the CEO of bitcoin.com for a long time, until he became an Executive Chairman on August 1st of this past year. However, this does not mean that Ver is slowing down. Rather, he is one of the top crypto influencers to watch in 2020.

This ever-active technologist is most well-known for pioneering the first mass-market anti-virus software. However, he has recently taken a liking to the cryptocurrency industry. As such, McAfee wields significant authority – as he is a veteran in the digital space.

Nevertheless, he is also a passionate enthusiast for most things that relate to cryptocurrencies and blockchain technology. McAfee is also extremely outspoken, and not afraid to make controversial statements.

As he is, at the same time, gearing up to run in the 2020 US general election (without even being on US soil), 2020 will no doubt be an interesting year to follow McAfee.

Another cryptocurrency profile that is impossible to miss is that of Anthony ”Pomp” Pompliano. Pompliano is extremely active on Twitter, and comments on most things crypto. He is one of the most ardent cryptocurrency supporters, and regularly argues why they are the future.

Moreover, the Pomp can often be seen speaking at cryptocurrency conferences – as well as in televised news programmes. Pompliano has previously worked with tech companies such as Facebook and Snapchat.

Changpeng Zhao, more commonly known simply as ”CZ”, is the founder and CEO of Binance. Binance is the largest crypto exchange by trading volume in the world. Furthermore, Binance is hard at work developing new services and products.

Due to this, CZ is surely someone to keep an eye on in 2020. In addition to constantly working on new potential projects, the fact that he has direct control over the largest crypto exchange in the world means that he has substantial power over the futurer of the crypto industry.

Tyler Winklevoss was formerly most well-known for his involvement with and lawsuit against Mark Zuckerberg. Now, however, this Winklevoss twin is trying hard to reinvent himself using the cryptocurrency industry.

He is a co-founder of Winklevoss Capital Management, which is a blockchain venture capital firm- Perhaps most notably, he is also one of the founders of Gemini. Which he also heads as CEO. Gemini is one of the top firms striving to gain approval for a Bitcoin exchange-traded fund, or ETF.

It remains to see whether 2020 will be the year when Bitcoin ETF approval finally comes, and whether Gemini will be the first firm to receive it. No matter what, this Winklevoss twin fits as one of the top crypto influencers 2020.

Love him or hate him, Craig Wright is one of the most controversial figures in crypto. Although a large portion of the cryptocurrency community has taken offense with Wright’s insistence that he is, in fact, the Bitcoin creator Satoshi Nakamoto, Wright is still a top crypto influencer to follow in 2020.

This comes as Wright has recently been a part of a highly public trial. In it, Wright did not manage to prove that he is Satoshi Nakamoto, but it appears that Wright will keep fighting the verdict.

As such, it remains to see whether Craig Wright manages to prove that he is worth following in the next year. Until then, those keen to be in the loop regarding cryptocurrency and blockchain technology profiles should make sure to follow Wright.