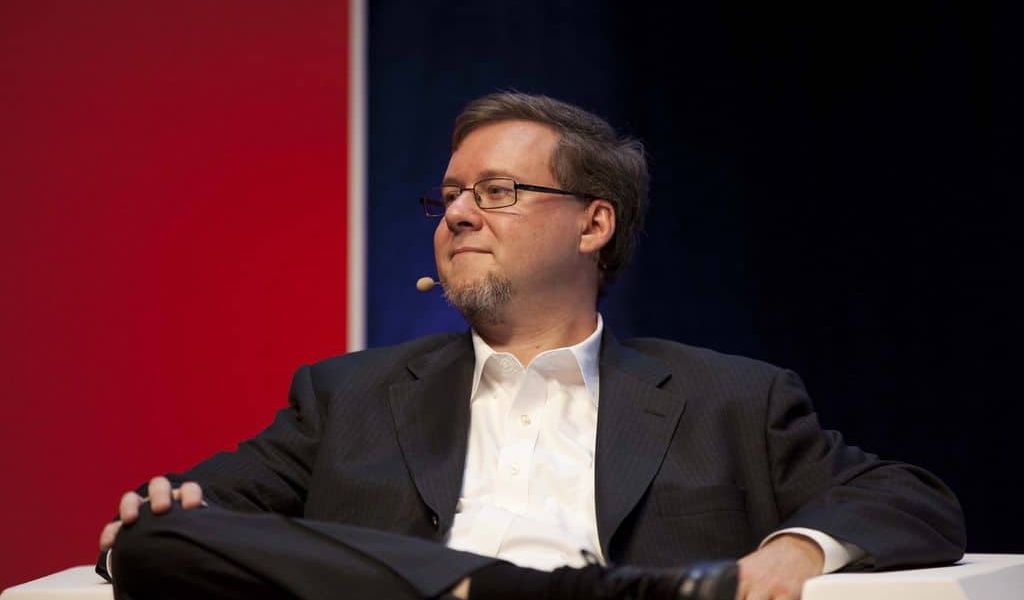 Jeff Garzik, one of the greatest contributors to bitcoin’s codebase, as well as the lead developer of BitPay, explained to Bloomberg who he thinks the real Satoshi Nakamoto could be.

Jeff Garzik isn’t in the crypto news that much. But we have a lot to thank him for. He was one of the earliest code developers for the bitcoin network, writing code for the network from the back of his parked RV, after reading a blog post about the virtual currency in 2010. As a result, he was the third-biggest contributor of code for the network for the following 4 years.

From 2010 to 2011, Garzik communicated directly with Satoshi Nakamoto, the mysterious creator of bitcoin, via private email and the Bitcointalk forum. However, Nakamoto vanished without warning in 2011. Looking back, Garzik has had time to cultivate his theories on who it might have been that he was talking to.

“The Bitcoin coder was someone who was very, very smart, but not a classically trained software engineer.” Garzik states. “My personal theory is that it’s Floridian Dave Kleiman. It matches his coding style.”

Dave Kleiman, who passed away in 2013 of causes related to an MRSA infection, was a former soldier and police detective. In 1995 he was paralyzed after being involved in a motorcycle accident and began working on computer forensics for the Palm Beach County Sherriff’s office in Florida. All accounts point to Kleiman being an exceptionally intelligent and dedicated person who excelled at whatever he set his mind to.

Kleiman’s estate is engaged in a lawsuit against Craig Wright for allegedly seizing billions of dollars’ worth of Bitcoin and other intellectual property belonging to Kleiman. Wright, who has been speculated as being Satoshi as well, is the face of the upcoming bitcoin cash fork’s new currency, Bitcoin “Satoshi’s Vision” aka bitcoin SV. He denies the claim from the Kleiman leveled against him.

Most Popular Contenders for Satoshi: Nick Szabo, Adam Back

Dave Kleiman is one of the less popular choices for those punting on who Satoshi was really. Whilst it may well have not been a team of developers rather than just one individual, many in the cryptosphere believe that programmers Nick Szabo and/or Adam Back may have been involved.

Szabo is an expert in cryptography and computer science from the US who is credited with coining the term “smart contract”. Whilst he has explicitly denied that he is Satoshi, speculation still surrounds him.

Back is a British cryptographer and CEO of Blockstream, a blockchain tech development firm. Back invented the Hashcash protocol, and is cited by name in the Bitcoin Whitepaper by Satoshi. Whilst Back followed bitcoin’s development closely from the get-go, he did not contribute to the source code.

The Mystery of Satoshi Remains

Guessing who Satoshi is – or was – is something we’ve all tried to guess at some point. The late video games engineer and cypherpunk Hal Finney, Silk Road administrator Ross Ulbricht and even the American NSA have been tipped as potentially being Satoshi. For what it’s worth, I think it is unlikely that is it Craig Wright; the evidence seems extremely flimsy. What seems a distinct possibility, however, is that Satoshi is deceased, given the manner in which he disappeared and the time which has passed.

Not that it really matters. Whilst the mystery around Satoshi’s identity remains, a hunger in the community remains; a drive to move forward and solve problems is likely in part fuelled by the mystery of Satoshi’s identity. As soon as the mask comes off, he is fallible like any other person; whilst his identity is still unknown, he remains iconic and representative of an ideal we must strive to achieve.

In the end, Satoshi’s identity is perhaps a secret better left unknown.