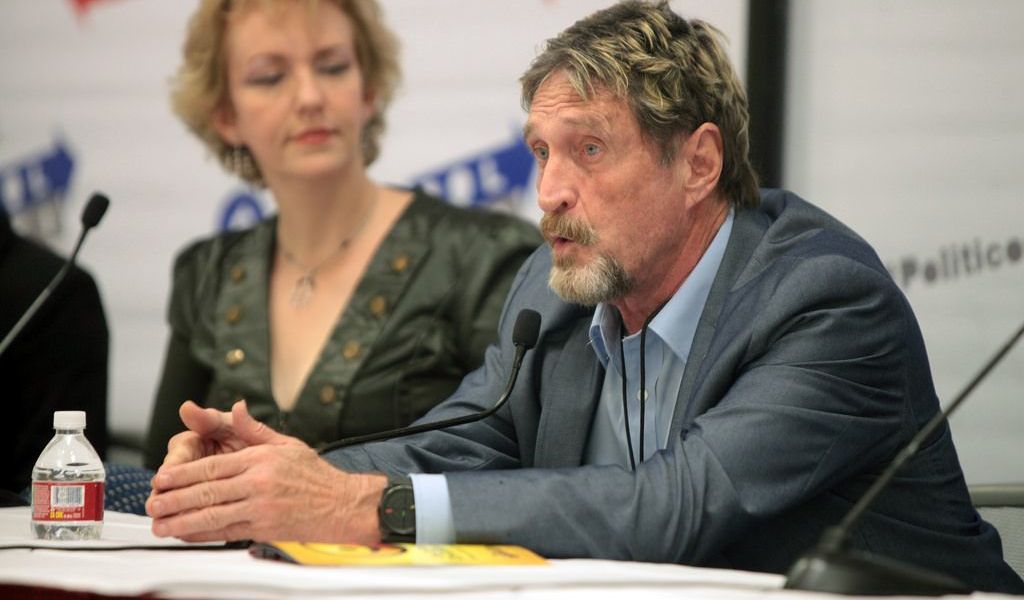 The chairman of the Securities and Exchange Commission (SEC) of the United  States of America made it clear on Wednesday that agencies won’t bend the rules for cryptocurrencies. Hence, resulting in a declaration by the SEC that Initial Coin Offerings (ICO) are securities. John McAfee is one who believes in the right and has challenged the SEC to debate him on why ICO’s are not securities.

What is a security?

A security is any proof of ownership or debt that has been assigned a value and may be sold. The holder of securities may hope to gain profits from it. Examples of securities are stocks, bonds, and options.

“We are not going to do any violence to the traditional definition of a security that has worked for a long time. We’ve been doing this a long time, there’s no need to change the definition.”

He specifically pointed to ICO’s.

He made it clear that cryptocurrencies are not security.

“Cryptocurrencies: These are replacements for sovereign currencies, replace the dollar, the euro, the yen with bitcoin. That type of currency is not a security.”

The head of the SEC declared today that all ICOs are securities. While I STRONGLY disagree, and believe that the majority of ICOs do not meet the Suprene Court Howey Test for securities, I will submit, for now, to their rules and will not work with future ICOs.. But, I'll be back

What is the Howey Test for determining securities?

Go back in time in 1946, where W.J. Howey sold citrus grove plots to investors who eventually leased it back to Howey who would harvest and sell the citrus products. The case in hand has been an investment contract and hence clarified as security. There were four essential criteria which it took into consideration for a financial instrument to be a security.

Why a debate is necessary

Getting back to 2018, McAfee tweeted about the need for a debate.

For those unfamiliar with my ferocity: 7 days after my CNN debate with the FBI, the FBI dropped their demand that Aplle give them a backdoor. I promise that if the SEC @SEC_News accepts my offer to debate them, they will stop their insistence that ICOs are secutities.

A debate is the right solution as the SEC may not be able, and hence McAfee would be able to guide them.

Arguments in place are-

1) Does the SEC have a team of Blockchain and Cryptocurrency experts?

2) McAfee’s Experience –McAfee was able to make the FBI refuse in going against Apple’s decision and trying to hack their way through a mobile phone using dangerous methods. McAfee is a seasoned security expert who created McAfee Antivirus and thus understood the inner workings which helped the FBI make the right decision. McAfee is now a Blockchain and Cryptocurrency promoter who understands the inner technology and will be able to open the eyes of the SEC for them to realize that ICO may after all not be a Security.

3) SEC has lost numerous cases which they keep bringing up against companies and individuals who are apparently ‘insider traders.’

a) In 2017 SEC Administrative Law Judge James Grimes found no evidence that Charles Hill gained $744,000 of illegal profit in shares of Radiant Systems Inc in 2011 after learning that the provider of software to hospitals and retailers was in talks to be sold to NCR Corp.

b) A jury deliberated for under five hours before finding billionaire Mark Cuban not liable for insider trading – which the SEC kept blabbering.

Many times, with the strength of using power the SEC gets its way with settlements instead of individual people fighting for what is right.

A debate will help clarify certain things, and should be done at the soonest!

CNN over to you to ensure that a McAfee debate with the SEC takes place!

Amrit Mirchandani
Amrit Mirchandani,  A hustler, who believes there is a solution to every problem. A strong believer of Blockchain and a Cryptocurrency enthusiast!
Currently living in the Digital Hub of India, Pune and an extremely friendly and optimistic person. Born and raised in the beautiful island of Sri Lanka and have run businesses ranging from Agriculture to the Digital World. I have had crazy Experiences in Asian Busy towns like Mumbai and Kuala Lumpur to African nations such as Madagascar.

Amrit Mirchandani,  A hustler, who believes there is a solution to every problem. A strong believer of Blockchain and a Cryptocurrency enthusiast!
Currently living in the Digital Hub of India, Pune and an extremely friendly and optimistic person. Born and raised in the beautiful island of Sri Lanka and have run businesses ranging from Agriculture to the Digital World. I have had crazy Experiences in Asian Busy towns like Mumbai and Kuala Lumpur to African nations such as Madagascar.
View all posts by Amrit Mirchandani
Published June 8, 2018June 8, 2018