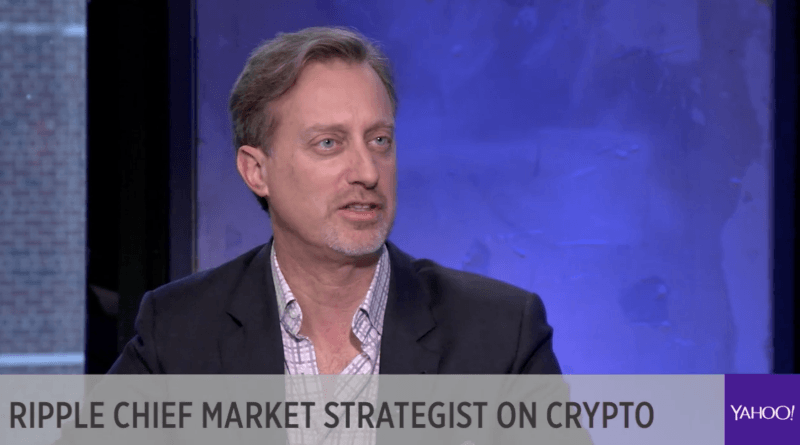 The XRP coin, which is a cryptocurrency developed by the San Francisco-based public Ripple Consensus Ledger is currently the third-largest digital currency in the market, with a market cap of over $22bln. It is also a foundation on which the main products of Ripple, such as xRapid, xCurrent or xVia are built.

Recently, the allegations have arisen, claiming that Ripple distributes XRP by selling the coins and the majority of buyers purchase them as investments. If this was the case, then XRP would be subject to the same regulations that govern the traditional securities: stocks, bonds or even the ICO tokens.

However, Cory Johnson, the Chief Market Strategist of Ripple, argued that such claims are unfounded, saying that, “We absolutely are not a security. We don’t meet the standards for what a security is based on the history of court law.“

The question of whether XRP is a security resurfaces every now and again but the current discussion was caused by the remarks of Coinbase crypto exchange President Asiff Hirji, who has recently claimed his exchange lists every digital currency for which there is regulatory certainty. As of right now, Coinbase only lists four cryptocurrencies – Bitcoin, Ethereum, Litecoin and Bitcoin Cash.

Responding to this and having in mind recent rumours that Ripple tried to bribe the exchange to list the XRP token, Mr. Johnson claimed that regulatory ambiguity was not the reason for declining the offer. According to him, “Coinbase never ever raised the issue of whether or not XRP is a security in our discussions about listing XRP.” A spokesperson for Coinbase has confirmed that conversations between the two parties did not revolve around regulations.

Toshi Times has recently reported that Ripple collaborated with banking giant Santander to launch One Pay FX – first-ever mobile app for cross-border payments that is based on blockchain technology. Amid such news and the overall market boom that got everyone in the crypto sphere excited, XRP has breached the $0.60 mark and was trading at around $0.67 at press time.

Even having in mind the recent spike in digital currency prices overall, XRP climbed more than most other coins. This was likely impacted by the fact that Ripple yesterday announced a $25mln investment into the Blockchain Capital new venture fund. The company struck an optimistic note for the future, saying that, “This is the first fund that we’ve contributed to, and it won’t be the last. We plan to be major players in shaping the future generation of blockchain or crypto companies.”